.               Electromagnetic, Radio-Frequency and Microwave Radiation
the Big Secret of the telecommunications industry
I apologize; this page is no fun.  Reading it could save your life.
Perhaps this is all new information for you.  No-one is talking about this, and it is time.
Inconvenient truths are hard to hear.
In terms of epidemic illness, EMF's are our next 'asbestos' or 'cigarette smoke'.
For your own well-being:  do not wear or sleep with your phone.
The sars rating is misleading, as it is the strength of the signal that determines how much you get zapped each time you speak on your cell phone:  the fewer the bars, the harder the phone works to connect, the more you get zapped.  Talking inside a vehicle (a faraday cage) only exacerbates this.
​       Dr. Joseph Mercola's next book is titled something like:  The Final Grand Extinction.   Notice all the fertility clinics now so popular? -- not when I was growing up.  Did you know that male sperm count in young men has dropped by 50% over the past two decades (since we've had all our spiffy electronic toys), and at latest count over 50% of male babies are now being born autistic.  Hmm.    You do the math.
Makes one wonder whether we will have great, and great, great grand children....  let alone to the 7th generation.


​     Big thank you to Jon Thompson of Sedona Smart Meter Awareness.
If you are local to Sedona or VOC and have an analog or digital non-transmitting, you are now being charged by APS (an illegal) $5. extra service fee each month for the privilege of being well and keeping your neighbors well.  If this extra charge feels like a financial burden:  Please contact Jon and he will tell you how to sign up for a monthly refund of the $5. through Sedona Smart Meter Awareness:  sedonajon@me.com;   928-821-5142

.
​ http://www.sedona.biz/issues-and-causes/smart-meters-issues-and-causes/smart-meter-hell-in-sedona/
Taped, end April 2014, posted July 2014
Here am I on video in early May, 2014.   Mid-April, when they 'deployed' (yes that is the term they use -- isn't that military term???) Smart Meters all over West Sedona, I became symptomatic and showed up as acutely reactive and allergic to these new devices that a gazillion times a day (they say only 6, but they are lying through their teeth) communicate via micro-wave radiation (you read that correctly) with the home base.  This is the same microwave radiation that was researched by the US, the Brits, and by the Russians in the early 1970's as potential weapons of war.
​     Notice the tension in my face.
The day that six Smart Meters were put around my home, my bees attacked me en masse (because their communications systems were so messed up that they no longer could recognize me and thought I was the problem).  [Is there a relationship to the huge honey bee die-offs (viz our food supply) in the past few years?]
Six hours later my left retina tore and detached itself.  Four operations later I was doing fine.
Within 6 days I got eggs from my hens with misinformed shells -- microwave radiation intercepts the formation of healthy calcium.  I also shrank (yes I am getting older and we all shrink), but it was 2" in the first year after the Smart Meters arrived.  Many public spaces in town are now too electromagnetically toxic for me to tolerate being in.  This has dramatically impacted what I can and cannot do around town.  WiFied airplanes are one of the most deadly places to sit in:  you are in a faraday cage with microwaves bouncing back and forth and through your body and brain as well.
The advent of the Smart Meters woke me up very quickly.  The good news is that I learned rapidly to identify the feeling of being microwaved, and thus am able to get myself out of dock.  Smart Meters also forced me, for my own wellbeing, to get out on the land daily for R&R hiking, and has resulted in me being in the wilderness far more than previously, which has contributed greatly to my well-being.  In the long run, I am grateful that I am as sensitive as I am.  Rather than a 'disability', I consider my recognition an 'ability' that serves me well.
No one really wants to know the information that is gradually coming to light about how truly dangerous to all life, including human life, are our electronic toys.  We have become attached to and dependent upon our devices for communication and business.  Glioblastoma, the lethal brain tumor that shows up on the side of your head to which you hold your phone, was virtually nonexistent 20 years ago.  Its incidence has grown in tandem with the growth of WiFi, cell phones and other microwave radiation.
​     Symptoms are often unique to that person's particular metabolic weak spot -- makes it convenient for our medical world to miss the etiology.
FYI, here are my body's symptoms.  The first warning is a sense of pressure on and in my head.  If I stay in a little longer, I get dizzy and nauseous.  Third stage:  the synapses in my brain start to disconnect and purposeful cognition is impossible.  The fourth stage, and I was only there twice in the early weeks before I knew to exit immediately that I feel the symptoms, my thoughts became really confused and scrambled, I felt paranoid and I became suicidal -- luckily, I recognized the suicidal thoughts as related to the microwave radiation toxicity and got out of dock. 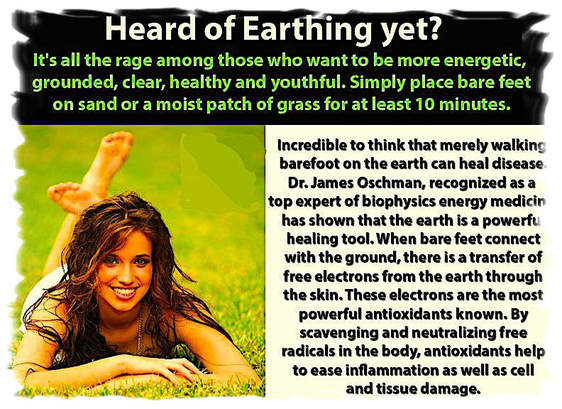 See Mountain Light Sanctuary
on Much, much more page
​for full article.
​Here are some resources:   You do not have to take my word for it.  I've listed a few of the best book resources I have found and a good website or two.

FYI, a very informative web site, accompanied by a good news letter is:  Lloyd Burrell's  www.lessemf.com.  Here's a small part of an article by Lloyd:
Reclaim Your Life From the Clutches of EMF Sensitivity  by Lloyd Burrell
I once suffered extremely debilitating symptoms around cell phones, computers and a whole host of other supposedly harmless technologies – I now live normally again. You too can live a naturally healthy life in our crazy electromagnetic world…
Headaches or ‘hot head’ are one of the most common symptoms caused by electromagnetic field (EMF) devices and particularly cell phones. Here are just a few of the other health issues you may be experiencing as a direct result of these exposures:
• Prickly skin – your skin feels tingly and itchy, or you might feel a burning sensation particularly when you are around WiFi and computers
• Difficulty sleeping – interferes with your daily energy level, mood, and ability to accomplish your goals
• Heart and respiratory problems – heart palpitations and tightness in the chest are common symptoms, you might feel like your heart is racing
• Dizziness – you feel dizzy and disoriented. Many people feel this symptom especially when talking on a cell phone or around WiFi
• Tinnitus – you can hear a ringing or buzzing in your ears. More and more cell phone users report this
• Tiredness – no matter how much you sleep, you are in a constant state of massive fatigue
• Pain in joints and muscles – unexplained joint pain and muscular pain
• Stomach pains – you have an increasing sensitivity to different foods and experience difficulty digesting


More information you may wish to research on your own and pass on to your beloveds:

​Dirty Electricity:  Electrification and the Diseases of Civilization, by Samuel Milham, MPH -- brilliant epidemiological account of the past 100 years in this country.  As it became electrified, certain illnesses became epidemic.  We need such a study for the age we are in now.

​An Electronic Silent Spring; Facing the Dangers and Creating Safe Limits by Katie Singer; the title speaks for itself.

​Robert Kennedy has some of the soundest and most profound research -- just another aspect of our 'dirty' world.


ZAPPED -- Why your cell Phone Shouldn't be Your Alarm Clock and 1,268 Ways to Outsmart the Hazards of Electronic Radiation, by Louise Gittleman
​
OVERPOWERED -- What Science tells us about the Dangers of CellPhones and other WiFi-Age Devices, by Martin Blank, PhD.  Brilliant and well researched.